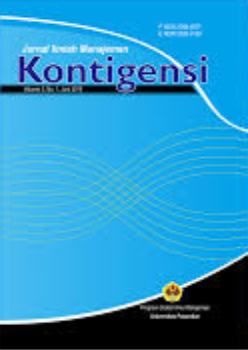 The background of this research based on the phenomenon that is where employees performances are not optimal so that the development of the companies currently not optimal. As for the main factor is the low of job satisfaction. Based on preliminary research, low job satisfaction caused by non-optimal of transformational leadership, organizational culture, and the limited motivations of the employees PDAM’s in Banten Province. This study aims to acknowledge and analyze The Impact of Transformational Leadership, Organizational Culture, and Work Motivations on Employees On The Job Satisfaction Employees PDAM’s In The Province Banten. This study used a descriptive approach and verification, and the research method used descriptive and explanatory survey. In this study, the samples are all employees of PDAM’s in Banten Province as much as 285 Employees. The analysis method of this study is the Path Analysis. The research concludes that there is a The influence of the Transformational Leadership on Job Satisfaction of 23,32 percent, The effect of Organizational Culture on Job Satisfaction of 8,12 percent, the effect of Work Motivation on Job Satisfaction at 10,28 percent. Simultaneously influence of independent variables on the Job Satisfaction of 69,02 percent of the remaining 30,98 percent is that other factors are not studied, but also influence on Job Satisfaction.