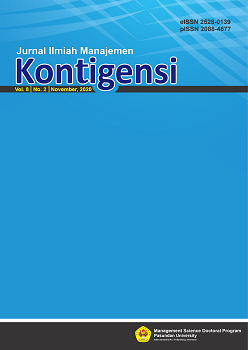 The expected implication of the decentralization and regional autonomy policies is strengthening local government functions in providing excellent public services. According to Law Number 25 of 2009, public services include serving the needs of the population for public goods, public services, and administrative services. In terms of population administration, the government tries to serve the public professionally, meets information technology standards, is dynamic, orderly and non-discriminatory. Population administration includes services for the issuance of electronic Identity Cards (KTP-el). The thee-KTP Issuance Policy is stated in Law Number 24 of 2013. The implementors of the thee-KTP policy are all Provincial and Regency/City Governments. The Implementing Agency is the Population and Civil Registry Office of the Regency/City government. This research was conducted with a descriptive analysis method. The main problem of this research is how the process of implementing the e-KTP policy in Bima Regency and the analysis of the variation in the population's response to the thee-KTP issuance service they receive. The government has taken various steps in order to realize the modernization of population administration. However, in the implementation of the policy for issuing electronic ID cards (KTP-el), there are still various challenges. Population satisfaction has not been met. Service implementing agencies, namely the Population Service Office and Bima Regency, still face various challenges in meeting the expectations of the population. It is concluded that the implementation of the e-KTP issuance policy is basically complex and not easy.